You are a lazy, irresponsible moocher feeding off of the successful in this country and don’t you forget it!

Earlier this week, it was revealed via video leak that earlier this year, Republican presidential candidate Mitt Romney told a room full of wealthy donors that 47 percent of Americans are essentially lazy and “entitled” because they don’t pay income taxes. He said he wasn’t even going to try to get their votes because they were going to “vote for this president no matter what” (said with disdain).

“I’ll never convince them that they should take personal responsibility and care for their lives,” Romney told the donors.

Despite the fact that insulting half the country probably isn’t the best campaign strategy, Romney’s comments highlight just how disconnected and out of touch with average Americans he is.

If you go to college, you are a part of the 47 percent. As a college student (assuming you work a minimum wage job part-time and go to school full-time), you pay no federal income tax.

The other groups of people who don’t pay income taxes: the elderly and the poor. Elderly tax benefits make up 44 percent of that 47 percent figure Romney mentioned. Tax credits for children and the working poor make up another 30.4 percent.

A large majority of the 47 percent is made up of households earning less than $20,000 a year. That number has grown the past few years in light of the economic downturn. The poor, more than any other group, have been hit the hardest.

With economic policies that have solely benefitted the richest in America, the past decade has seen the number of wealthy households NOT paying income taxes skyrocket. Last year alone, 110,000 households making over $200,000 a year paid $0 in federal income taxes. That number includes 7,000 households that made over one million dollars.

Another interesting fact: Eight of the ten states with the highest amount of those who paid no federal income taxes are “red” states, meaning they vote Republican during presidential elections.

What exactly is Mitt Romney trying to accomplish by insulting half the country, including many of his own supporters?
No candidate is perfect and all of them make mistakes or say things they probably should not say. That’s politics and the ugly truth of campaigning.

However, trashing half the country as lazy and entitled is not only the worst campaign strategy, it’s offensive.

We’re slowly coming out of the worst economic recession since the Great Depression. Families are hurting. Many have been laid off. The prospects have been dim.

Romney’s tax plan calls for massive tax cuts for the wealthy and massive tax hikes for the poor and middle class. If you object, it’s because you’re some kind of parasite. It’s only fair, people!

Mitt Romney doesn’t care about those who have the audacity to be poor or elderly (see the Romney/Ryan Medicare “plan”). His robotic callousness towards the nation’s vulnerable shows what he really thinks of America.

In Romney’s America, only the wealthy deserve the rewards of living here. The traditional idea of everyone being given an equal opportunity to succeed is radically foreign to Mitt Romney. It doesn’t compute. 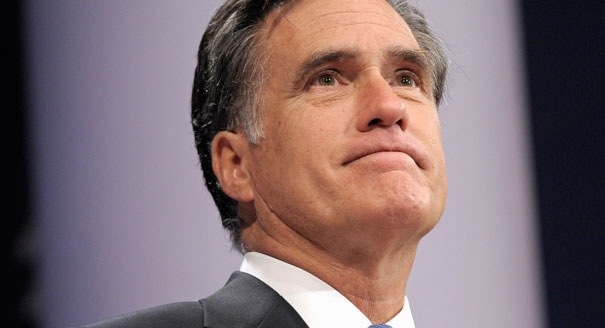 By the way, this blog post was also published as an opinion piece in my university newspaper, The Collegian (CSU Fresno). Feel free to see it here. I’ll be writing opinion pieces for The Collegian every two weeks…I’m pretty excited 😀

If you don’t watch Fox News or read the right-wing blogosphere, you probably aren’t aware that only 53 percent pay the Federal Income Tax (FIT). While that number is technically true, it’s incredibly misleading.

So, despite the insistence of those who think the 47 percent are just a bunch of socialist, pinko commie, freeloaders, or something, the vast majority of Americans DO pay taxes that fund local, state and the federal government.