In times like these, when Congress can’t agree on anything and Michele Bachmann may possibly be the Republican nomination for President, it’s important to laugh. That’s right. Laugh.

Take something that’s literally macabre, like death itself, and find humor in it. No one can escape it and we’ve all got something to say about it. It is devastating when it affects us and our loved ones. But even death can be the subject of light-hearted jokes.

Go into any cemetery and you’ll find tombstones with epitaphs. From the deceased’s lifespan to witty sayings, it is amazing to see what kind of people came and went before us. My favorites are the ones that rhyme, especially ones that are so “bad,” so “politically incorrect,” they’re funny.

I realize that we laugh at things to make them seem less real. Call it a coping mechanism. We’re all going to die eventually; We might as well accept it, have a good laugh about it and live our lives. So, enjoy some actual epitaphs from around the world. You may even die laughing.

“Bill Blake
Was hanged by mistake.”

“Here lays Butch.
We planted him raw.
He was quick on the trigger
But slow on the draw.”

“Here lies the body of Arkansas Jim.
We made the mistake, But the joke’s on him.”

“I would
rather be here
than in Texas.”

“Here lie the bones of Joseph Jones
Who ate while he was able.
But once overfed, he dropt down dead
And fell beneath the table.
When from the tomb, to meet his doom,
He arises amidst sinners.
Since he must dwell in heaven or hell,
Take him – whichever gives the best dinners.”

“In memory of Anna Hopewell
Here lies the body of our Anna
Done to death by a banana
It wasn’t the fruit that laid her low
But the skin of the thing that made her go.”

“Here lies cut down like unripe fruit,
The wife of Deacon Amos Shute:
She died of drinking too much coffee,
Anny Dominy – eighteen-forty.”

“Sir John Strange.
Here lies an honest lawyer.
And that is Strange.”

“Stranger tread
This ground with gravity.
Dentist Brown
Is filling his last cavity.”

“Here lies
Johnny Yeast.
Pardon me
For not rising.”

“Reader if cash thou are
In want of any
Dig 4 feet deep
And thou wilt find a [John] Penny.”

“Beneath his silent stone is laid
A noisy, antiquated maid,
Who from her cradle talked to death,
And never before was out of breath.
Here lies, returned to clay
Miss Arabella Young,
Who on the eleventh day of May
Began to hold her tongue.”

“Here lies the father of 29.
He would have had more
But he didn’t have time.”

“I am not grieved, my dearest life.
Sleep on, I’ve got another wife.
Therefore, I cannot come to thee
For I must go and live with she.”

“I plant these shrubs upon your grave dear wife
That something on this spot may boast of life.
Shrubs must wither and all earth must rot.
Shrubs may revive, but you thank heaven will not.”

“Anna Wallace
The children of Israel wanted bread
And the Lord sent them manna;
Old clerk Wallace wanted a wife,
And the devil sent him Anna.”

“Here lies the body of poor Aunt Charlotte.
Born a virgin, died a harlot.
For 16 years she kept her virginity
A damn’d long time for this vicinity.”

“Here lies the body
of Jonathan Blake.
Stepped on the gas
Instead of the brake.”

“Here lies the body of Mary Ann Lowder
She burst while drinking a Seidlitz powder.
Called from this world to her heavenly rest,
She should have waited till it effervesced.”

“Dinah had a little can
‘Twas filled with kerosene
And soon among the twinkling stars
Dynamite Benzine.”

This post does not contain any “fancy” graphs or statistical projection charts. It is simply my two cents on the social security/retirement age “controversy.”

I don’t see what all the fuss is about. The age of retirement should be raised.

Those entering the workforce for the first time, and those who have entered within the last decade should not expect to retire on social security until around age 70 or even 75.

Life expectancy has risen a lot since social security was first instituted back in the ’30s, thanks to higher standards of living and new medical breakthroughs.

The system cannot support people living off of social security for 20-plus years. If current projections are correct, 70-75 should be an adequate retirement age for current and future generations. (5-20 years of retirement until death).

With all the incredible advances in genetics and medicine, life expectancy will most likely go up to a century or more within the next few decades. At that point in time, the retirement age will have to be raised to the mid to late 80s.

My two cents. Don’t come at me with pitchforks and torches…

For so many years, we search for and crave the approval of our superiors and peers. Parents, extended family, friends, co-workers, managers, teachers, etc. We sacrifice our own dreams and ambitions to please this large group of people who we’re told has our best interests in mind.

Don’t get me wrong, these people do care and they do love. But, we eventually reach a point (or at least we’re supposed to) where we don’t care and learn to approve of ourselves.

We have to approve of and accept ourselves and reach for the stars. We cannot afford to let others get us down or prevent us from reaching our potential.

Life is short and there are no do-overs or game-overs. Once we take our last breath, it’s over. We should all live with this in mind, that way, we enjoy life even more and push for our goals and dreams.

This is in honor of the 2,977 victims who were slaughtered in the worst terrorist attack in American history.

We frequently hear that “several thousand died” and we’re genuinely saddened but I don’t think we truly grasp just how many perished (including 8 children, ages 2-11).

Below is a list of all the victims who were murdered at the World Trade Center, Pentegon, and on flights American 11 and 77 and United 175 and 93 (I have excluded the 19 hijackers).

“We will not waver,

We will not tire,

We will not falter,

And we will not fail.

Peace and freedom will prevail” 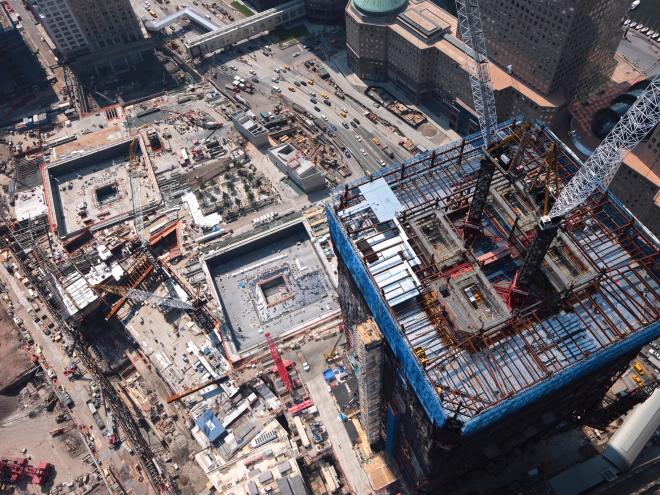