It’s hard out there for a wimp. The 113th U.S. Congress doesn’t waste time proving how inept and ineffective it is and no enemy, foreign or domestic, has changed that.

As President Obama has used executive authority to strike at the heart of ISIS in Syria and Iraq, both House Democrats and Republicans have raised serious and valid concerns over executive power to essentially declare war without declarations from Congress. The founders of the constitution spin in their graves over things like these – they were pretty specific over war declarations. But whether you agree or disagree with the current course of action toward ISIS (personally, I’ve found myself leaning toward the “wipe the bastards out” side), the real issue is – as usual – Congress’ sadly hilarious incompetence.

For a while now, the looming question of U.S. involvement has hung over Mideastern dialogue. Iraq asked us for help in fighting back the spread of ISIS within its own borders. Muslim clerics all over the world – even Saudi freaking Arabia – have harshly denounced ISIS. The world recoiled in collective horror when the Islamic State slaughtered Kurish Yazidis and Iraqi Christians and beheaded journalists on camera.

President Obama joined other leaders in condemning ISIS for what it is: barbaric and bloodthirsty. He was clear about U.S. involvement, too – he wouldn’t act unilaterally until U.S. interests were directly threatened, a cautious approach that is rather refreshing after the Bush Administration. At that moment, House and Senate Democrats got a significant portion of their colleagues to come out in support of congressional debate on the course of action they would authorize the President to take.

And then they convened for recess…for two months.

With the threat of a third Iraq war and more military involvement in Middle Eastern affairs, Congress chose now to go on vacation. I wonder why the public rates them lower than kitchen mold in approval?

With Congress literally out of the picture, President Obama has authorized missile strikes against ISIS. House Republicans’ response: We never got a bill on military action from the White House. Seriously. I’m no expert, but I think it’s the purview of Congress to write bills. Apparently Republicans never watched that one Schoolhouse Rock! video about “the bill on Capitol Hill.”

Congress has become really good at tying the president’s hands. From holding up appointments to passing the least amount of bills in U.S. history, Republican leadership has made it its sole mission to give President Obama headache after headache. They create government crises and then blame the president for government crises. As MSNBC’s Steve Benen pointed out, “congressional Republicans have been almost hysterical about presidential overreach, condemning the White House for alleged abuses that leave Congress out of the policymaking process.” He continues, “In nearly every instance, their evidence has fallen somewhere between baseless and ridiculous.”

Representative Jack Kingston (R-GA) captured the GOP zeitgeist by openly admitting to the New York Times, “We like the path we’re on now. We can denounce it if it goes bad, and praise it if it goes well and ask what took [Obama] so long.” In case any of you have forgotten, there’s a midterm election coming up in November. 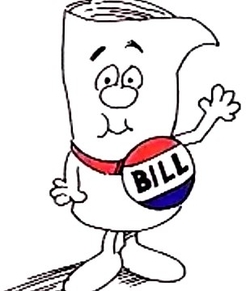