To celebrate the decision to finally bring US troops home from Iraq, here’s a controversial video by, who else, Madonna. Back in 2003, Madonna decided to pull this version (the original) and instead make a more “gentle” version due to the beginning of the War in Iraq.

Madonna had this to say in an interview with Matt Lauer in 2003:

I filmed it in January and by the time the video was finished, we were at war. And, many of the things that I, sort of, was trying to depict or warn people about were already happening in the world. But, with everything that’s going on right now and the soldiers being killed and wounded and the destruction that’s taking place, I just don’t think it’s appropriate… America’s in a really volatile place right now and there’s a lot of really confused people and I’m not interested in being a target for a lynch mob mentality.

This controversial original is disturbing, explicit, relevant and brilliant. Watch:

In 1989, Madonna received scorn from the Vatican and various religious groups after she debuted the music video for her song Like a Prayer. The video featured Madonna kissing a black saint, dancing in a field of burning crosses (symbolizing her refusal to be intimidated by racism) and stigmata. The lyrics were rather tame, however. If it had not been for the controversial video, I doubt anyone would have complained.

When you call my name it’s like a little prayer

In the midnight hour I can feel your power

Just like a prayer you know I’ll take you there 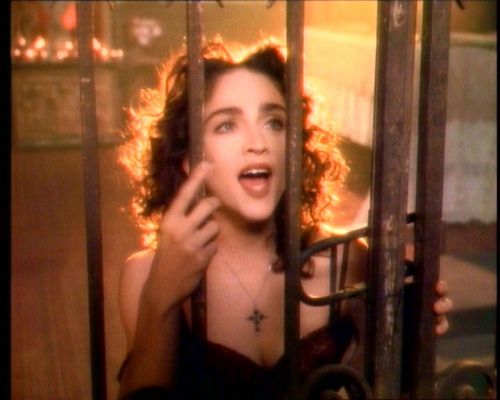 Fast-forward 22 years. On April 15, 2011, Lady GaGa released the second single from her third studio album Born This Way. Titled Judas, the song is about a “bad boy.” According to the lyrics, Judas (yes, THAT Judas from the New Testament of the Christian Bible) is a guy that she just can’t get over. GaGa uses elements from the story of Jesus’ betrayal by Judas Iscariot to essentially say that the guy she loves is a back-stabbing betrayer.

When he comes to me I am ready

I’ll wash his feet with my hair if he needs

Forgive him when his tongue lies through his brain

Even after three times, he betrays me 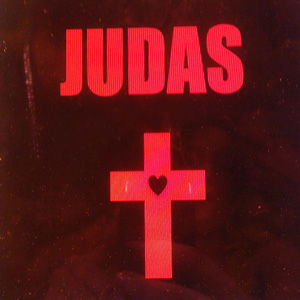 Some in the religious community have taken offense to the song (even though the video hasn’t even come out yet). Bill Donohue, president of The Catholic League, had harsh words for the superstar. “This is a stunt… Lady Gaga tries to continue to shock Catholics and Christians in general… She has now morphed into a caricature of herself…” It should be noted that GaGa is Catholic (as was Madonna when she made Like a Prayer). Before any more self-righteous zealots claim she’s just doing this to shock, they should hear what she has to say about it….and actually listen to the song before making a judgement. GaGa had this to say to the Hollywood Reporter:

“It went through several changes and late-night debates because at one point, there were two completely different views and I was like, ‘Listen, I don’t want lightning to strike me! I believe in the gospel and I’m not going there.’ And it was amazing because to have that conversation about salvation, peace and the search for the truth in a room of non-believers and believers, to me, that was saying God is active in a big way. And the place that it came to is surreal. We don’t touch on things that we have no right touching upon, but the inspiration and the soul and idea that out of your oppression, your darkness, your Judas, you can come into the marvelous light. So it’s about the inspiration and to never give up… We’ve created a new Jerusalem.

Listen to the “controversial” song: